Just last week, I spread myself on the floor of my living room and didn’t stop asking myself: “Should I quit my job?”

This question bothered me so much that I sent a message to my employer, not directly telling her I was fed up with the job, but hinting that I needed a raise. That was the problem I faced with my current job.

There was a sudden change in my job specification to include so many new things that take a lot of my time, but nothing was done to the pay.

I continued telling myself that a new year was approaching and making just a small amount of money while doing all the work wasn’t going to be part of my life.

Did I quit before the end of the year?
No.
I had the mind to do so but didn’t. As said earlier, I sent her a message, telling her nicely that I think the update should come with an increased salary.

Yesterday, everyone got a message that our new jobs come with a raise. I’m sure if I had quit, I’ll be sitting at home, shaking my legs and eating while sending out my CV to a bunch of people (which may be what you should be doing.)

Should I Quit My Job? – Things You Should Know

In some cases, it’s very advisable that you quit your job when the question comes to mind frequently.

Sometimes, you even find yourself on google, waiting for that person to tell you it’s time to leave. Let’s see some of those cases below

1. Your work environment is toxic

I once spoke to a couple of people about the toxic workplace and how several people have lost their lives because of it. Although we all want to make money, it shouldn’t be done at the expense of our health. Be it physical or mental, if your job is beginning to take its toll on you, run as fast as you can.

Signs that your workplace is toxic include sexual misconduct between employer and employees, gossip that goes deeper than The Witcher which everyone watched on Netflix, and what celebrity was trending on Twitter the night before. Also, you should know if your boss never gets along with anyone and everyone is always on edge.

You need to start finding your way out of that place.

You may not believe that there are people who have already quit their jobs long before dropping a resignation letter. They exist, and I know some of them.

If you find yourself going to work in the morning with your gamepad hiding in your bag because you have a private office, you’re probably long gone from that job.

You only go there for the money.

Whenever the boss comes around, you duck while everyone else is working or you fling your phone into your bag and pretend to be working on your laptop.

In your head, you quit a long time ago even though you’re physically present and get your salary weekly or monthly.

This kind of attitude affects others in the workplace and makes work not as productive for your colleagues.

Submit that letter and give yourself enough time to play games at home while you look for another job. Your unwillingness to work in that company could be due to several valid reasons. So, don’t stay longer than you should

3. You hate Mondays more than anything else

I agree that everyone hates Mondays. It is just one day of the week that just feels terrible. You’ve had the entire weekend to yourself and need one or two extra days to enjoy.

Then, Monday comes along.

While we all have our personal battles with Monday, it is worse for some people.

The only reason why Mondays annoy them so much is that they have to go to work, see that boss who is always annoying, or even work with the same teammates that never give them credit.

Fridays become the most exciting days of their lives. Grabbing their bags and storming out of the office is the best thing ever. If you’re in this category, you have to reevaluate your choices.

4. You don’t want to end up like your boss

Before you started working in the organization you’re in now, you probably went on social media to stalk your boss. Everything looked glamorous. The industry was something you would love to get into.

Fast forward to two years later, you’ve met your boss. You’ve been working with him and you started seeing things. You hate his life (by this, I don’t mean his personal life). You would rather stay in the same position than getting promoted, no matter how much you would earn from it. In fact, you may even prefer to give out some of your allowances if that’s what it would take not to be promoted.

It could be because you love your social life and wouldn’t want the impromptu meetings to keep you from the life you should enjoy. Also, your work hours if you’re finally promoted may keep you away from your kids.

If you’re in this position, start brushing up your CV and looking for a new job. There are a lot of jobs you can do from home and still have time for yourself.

There are also workplaces that allow you to work at comfortable hours. You should never despise a promotion. If you do, go somewhere that the money and fame come with peace of mind.

5. There’s no room for growth

So, you’ve been working for five years to the best of your capacity, getting the organization more money, but every time you talk about a promotion, your boss finds a way to change the topic. You need to leave.

While you’re working anywhere, even if the money is approaching six or seven-figures, you need to grow.

Promotion is one way to define this. Sometimes, your boss just doesn’t like your face even though you’re always the last to leave the office and you get the job done perfectly.

So, he promotes junior staff over you, and you’re left wallowing in your corner office, slaving hours and weeks away.

You need to look for your CV in those cloud folders and start sending them to companies where you’ll be appreciated for your work. Making money is not the only thing that should be on your mind when working under someone.

If you’ve finally decided to leave after a long time of asking yourself ‘should I quit my job?’, take some time to plan your next line of action.

Ensure that you have enough money to last a while before you quit. You can register for online courses to develop your skills and even sharpen yourself while you seek a new job.

Meanwhile, before leaving the job, find out if there are other departments at the same company that can make you happy. You may still submit your CV to another organization while enjoying the last days of working in that company.

Just like I did, try to share your concerns with your employer. You may end up reaching an agreement and you’ll start enjoying the work better than you used to.

Although making money is the main reason people work, you should try to find some joy in it. There are jobs that you can do from home to earn money and also organizations that suit your preferences. 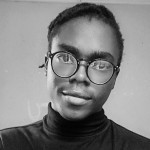